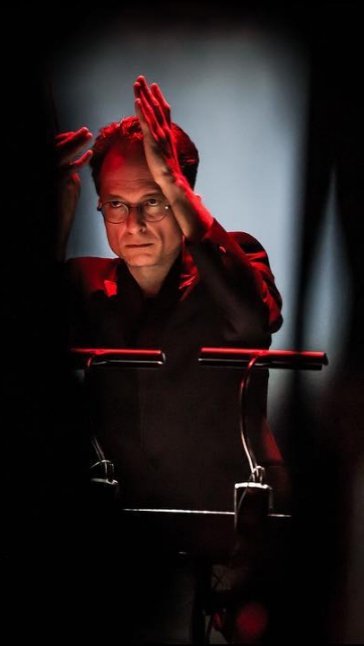 Join us for an evening of award-winning film and TV music from legendary composers, David Arnold and Michael Giacchino, as they strike up the orchestra and go into symphonic battle, comparing and colliding on their impressive back catalogue of music.

Confirming his position as one of the biggest figures in film and TV music, Michael Giacchino stakes his claim to the stage with music from award-winning scores for , Star Trek, Ratatouille, Lost, and Rogue One: A Star Wars Story. Rising to the challenge, David Arnold, best known for his epic Bond soundtracks as well as Independence Day, Godzilla, Stargate and the acclaimed TV series Good Omens, proves himself a worthy rival and equal to the very best composers.

This epic event will include the European live premiere of the Spider-Man: Far From Homesoundtrack and the World live premiere of the Good Omens theme as well as storytelling, challenges of wit and friendly competition with the Royal Philharmonic Concert Orchestraand conductor Gavin Greenaway.

We use cookies to ensure that we give you the best experience on our website. If you continue to use this site we will assume that you are happy with it.OKPrivacy Policy